“YOUR FUTURE DOES NOT LIE AHEAD OF YOU;

IT LIES WITHIN YOU.”

Gregory L. James is known as a prolific Revivalist, Motivational Speaker, Humanitarian, Social Activist, Prophetic Leader, Author, and Publisher. He is the Founding and Senior Minister of Reclaiming the Land, Inc., (RTL), a corporate outreach located in the Capital City of Tallahassee, Florida, specializing in serving the incarcerated, formerly incarcerated their families and the disenfranchised of Nation.  He is also the Senior Pastor of the Life Church International Center founded in 2010.  Gregory James is a global mission leader who is known for his philosophical position that: Our social ills are not the root, but the fruit borne from the tree of our disobedience. 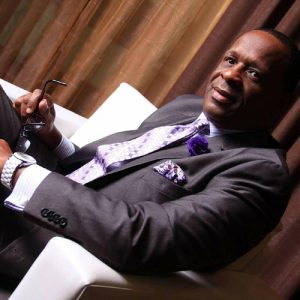 As the visionary and CEO of Reclaim, Inc., James is currently engaged in local, State and national campaigns to reduce mass incarceration and reduce gun violence, through effective conflict resolution; re-enfranchising reentrants, and legitimately closing the economic gap through entrepreneurial development. James’ work in ongoing disenfranchisement challenges and social justice issues has been recognized across the country, both by governmental and ecumenical entities. He is often called upon by the Department of Correction, Florida Legislatures, and National Delegations to participate in roundtables to provide his testimony and professional insight to such challenges that are faced locally, statewide and nationally. He has the ear of the Florida Legislature, the coattail of the United States Representatives and the heart of the State of Florida, which serves as a conduit for him to improve the life quality of our mass citizenry.

As a community activist and humanitarian, Gregory James stays in forefront of the equality and social justice. He was the lead advocate for the Ban the Box Initiative in the Capitol City of Tallahassee, Florida. This initiative resulted in the City of Tallahassee banning the question about criminal history on city employment applications, thereby leveling the playing field to some degree. Gregory James public-private partnerships with government agencies and corporations throughout the State Florida nudged that favorable decision. (Source: Google- Tallahassee City Commission votes to “Ban the Box”).  This action further caused a widespread consciousness throughout the State of Florida, and is beginning an avalanche of change nationwide.  James stand is that of equality and justice for all, that extends beyond the church.

While God had distinguished Pastor James at age 17 as “the boy preacher” and since has allowed him to attain great accomplishments; it is noteworthy while serving as Senior Pastor in the 1980’s to one of the largest churches in the Northwest Florida Region, he was convicted and sentenced to Life+40 years in Federal Prison.  His own reentry challenges after serving 13.5 years in federal prison did not just come only from the world but the Church who has a sacred trust to forgive. This difficulty with believers has reaffirmed his divine convictions, perceptiveness and fearless advocacy for restoration, reform, community leadership, and an uncompromised platform of forgiveness and acceptance, in his life’s walk; while teaching others how to get the value out of the vile through leveraging.

HIS STATEMENTS AS AN AUTHOR

Gregory James is an author of two books: NAKED, which gives a peek at his tumultuous journey to and from prison; and his most recent publication LEVERAGE, which is a life coaching tool of sorts; Leverage addresses getting your greatest value from your lowest point.    He presently hosts a local and iHeart Radio/Cumulus Broadcast radio show: The Greg James Community Show, which informs, empowers and re-engages communities civically at all levels, thereby improving their quality of life.

As graduate of Rhema Bible College in Religious Studies and a Certified Paralegal from Blackstone School of Law, he uses those skills to reduce recidivism, as well as develop alternatives to incarceration for non-violent offenses.  Most recently he implemented a Florida regional based program, “The Joseph Project International (JPI).”  This project partners with the community, the family and the citizenry to provide integrative and cooperative success services to the reentrants, their children and their families. Gregory James and his team are dedicated to eliminating anti-social behaviors that causes legal problems.  His unique approach integrates community, family, and cooperative community services that include individual/group sessions, and pre-release and post-release management.  James continues in his earnest approach to reach people across the nation where they are, while empowering them to reach their destiny.